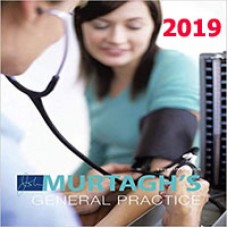 John Murtagh’s General Practice is the gold standard reference for established doctors and new graduates and students in the fields of general practice and primary health care.

This seventh edition builds on its influential legacy and has been thoroughly updated by the experienced author team, including new authors who bring a new generation of knowledge and diagnostic expertise to this authoritative title.

John Murtagh was a science master teaching chemistry, biology and physics in Victorian secondary schools when he was admitted to the first intake of the newly established Medical School at Monash University, graduating in 1966. Following a comprehensive postgraduate training program, which included surgical registrarship, he practised in partnership with his wife, Dr Jill Rosenblatt, for 10 years in the rural community of Neerim South, Victoria.
He was appointed Senior Lecturer (part-time) in the Department of Community Medicine at Monash University and eventually returned to Melbourne as a full-time Senior Lecturer. He was appointed to a professorial chair in Community Medicine at Box Hill Hospital in 1988 and subsequently as chairman of the extended department and Professor of General Practice in 1993 until retirement from this position in 2010. He now holds teaching positions as Emeritus Professor in General Practice at Monash University, Adjunct Clinical Professor, University of Notre Dame and Professorial Fellow, University of Melbourne. He achieved the Doctor of Medicine degree in 1988 for his thesis ‘The management of back pain in general practice’.
He was appointed Associate Medical Editor of Australian Family Physician in 1980 and Medical Editor in 1986, a position he held until 1995. In 1995 he was awarded the Member of the Order of Australia for services to medicine, particularly in the areas of medical education, research and publishing.
One of his numerous publications, Practice Tips, was named as the British Medical Association’s Best Primary Care Book Award in 2005. In the same year he was named as one of the most influential people in general practice by the publication Australian Doctor. John Murtagh was awarded the inaugural David de Kretser medal from Monash University for his exceptional contribution to the Faculty of Medicine, Nursing and Health Sciences over a significant period of time. Members of the Royal Australian College of General Practitioners may know that the honour of the namesake of the College library was bestowed upon him.

In 2018 he will host the 40th Annual John Murtagh Update Course for General Practitioners at Monash University.
Today John Murtagh continues to enjoy active participation with the diverse spectrum of general practitioners―whether they are students or experienced practitioners, rural- or urban-based, local or international medical graduates, clinicians or researchers. His vast experience with all of these groups has provided him with tremendous insights into their needs, which is reflected in the culminated experience and wisdom of John Murtagh’s General Practice.